The first Hobart Fire station was established in Bathurst Street opposite its junction with Watchorn Street in 1859, with the current old Head station being built in 1911. 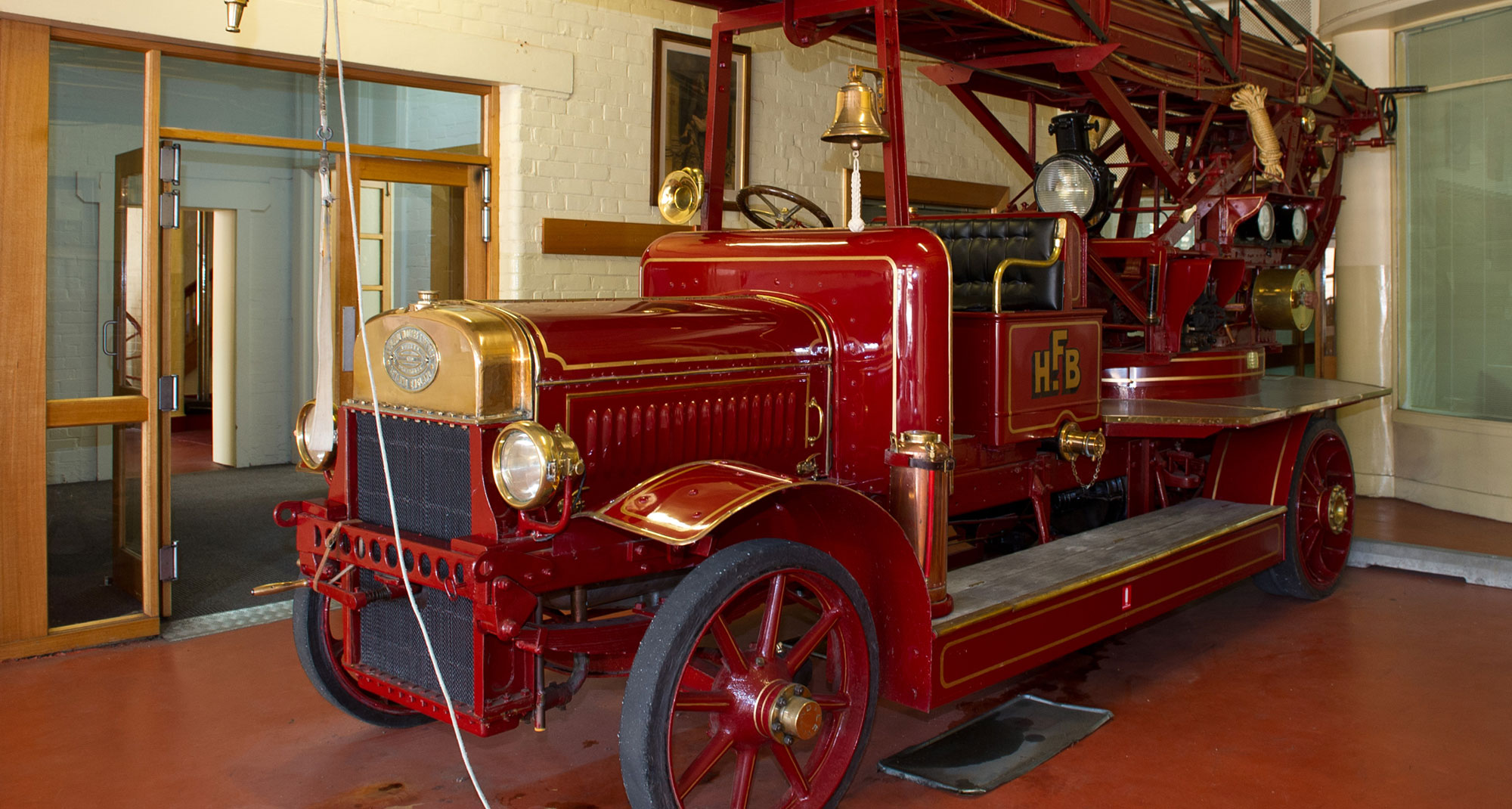 As Tasmania's population grew after 1900, new fire brigades were established in other towns.

From the mid to late 1800's the provision of organised fire fighting services was limited to Tasmania's two main urban settlements; Hobart and Launceston, plus the township of Longford.

The Argyle Street headquarters building remained in service as a working fire station for 92 years until 2003. At that time all the Brigade’s operations moved into a new fire station in Melville Street.

The Argyle Street building celebrated its centenary in 2011.

29 October, 1883
The Brigade was created by an Act of Parliament. For the next 28 years the Brigade operated from its headquarters station at what is now 129 Bathurst Street.

16 February, 1997
The Museum was formed in 1979 and the restored building currently contains a wide range of historical firefighting equipment ranging from hand drawn firefighting pumps, turn of the century firefighting trucks, antique uniforms and historical documents and photographs.

This campus of the Museum is for the most part devoted to telling the story of the Hobart Fire Brigade. It is open for inspection by small parties by prior appointment only.

To arrange an appointment contact the Museum Secretary on museum@fire.tas.gov.au

The first appliance room interior is situated within the original 1911 section of the Hobart Fire Brigade headquarters station.

This engine bay was part of the original fire station that opened for operation on 1 December 1911.

At that time the two storey building housed 2 engine bays, firemen’s dormitory, recreation room and horse stables on the ground floor and 2 self-contained family flats on the first floor, one each for the Brigade’s Superintendent and Deputy Superintendent.

At that time the brigade had no motor powered fire appliances [engines] with all the main firefighting appliances being either horse or hand drawn.

The second appliance room interior is situated within the 1925 section extension of the Hobart Fire Brigade headquarters station.

During 1925 a two storey extension was built to the north or the 1911 station with, an additional engine bay on the ground floor and a gymnasium, lecture room and billiard room on the first floor.

It is this addition that contains the firemen’s pole.

In addition 7 two story married quarters flats were built; 3 on Argyle Street and 4 behind.  By this time all the horse and hand drawn fire appliances had been replaced by a small fleet of motor powered fire appliances.

Part of the 1925 extension linking the ground and first floors and giving firemen access to recreational facilities.

Off the first floor stairwell landing of the 1925 extensions, recreational facilities were available for use by firemen living on the station, during their “stand down” time.

They were provided to allow the firemen to keep fit, to participate in the study of their profession and to relax in friendly surroundings with their workmates.

Areas included a gymnasium, lecture room and billiard room and a firemen’s pole to access the ground floor engine bays quickly. It is only one of two in Tasmania. The other one is in the Launceston Fire Brigade central station.

Up to 30/06/1950 all the Brigade’s officers and firemen were required to live on the station and each week they all worked on a six days on four day off basis. On their 6 days on duty, when they stood down at day’s end they were required at remain on the station to be on call overnight to respond any incoming fire alarms and calls from the public.

Under these arrangements they each worked a 60 hour week minimum.

On 1 July 1950 the 40 hour working week for all workers was introduced nationally.

As a result any career staffed fire stations across Australia, including Hobart, had to organise staff into platoons, in order to provide a shift system of 24/7 staffing, throughout the year.

Currently each of Hobart Brigade’s four platoons work a rotation of 2 x 8am to 6pm day shifts on, 2 x 6pm to 8 am night shifts on and 4 x days off. 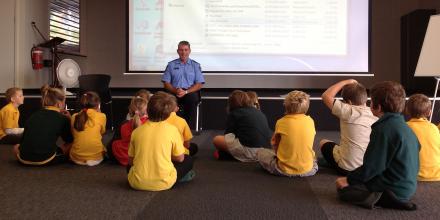 What is the School Fire Education Program ?

The School Fire Education Program is an initiative of the Tasmania Fire Service and is offered to... 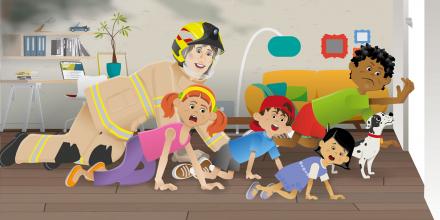 It is important that our children, regardless of their age, have a good understanding of what an...